Today I learned about Audri. Audri is a 50-60 year old Chinese woman. She has lived in the United States for over 20 years now and she self-describes her English as "Chinglish" at best. Audri shared her story about coming to Seattle. Audri is funny, speaks broken English and is full of life. She married an American and moved to this country not knowing the language, culture or anything. She said the most terrifying thing she thought she was going to encounter was learning to drive. She was used to commuting by bicycle everywhere but needed to get her license if she wanted to branch out. As she started to branch out she was treated so poorly by people she said she wouldn't have survived without her husband's care. Some days she would just cry all day long, afraid to go outside. She is now a volunteer at the neighborhood house, has a lot of friends and just beams with life. Since trump was elected, her once conquered fears have resurfaced. West Seattle is her home.

Today I learned about Asmeret. She came to the U.S. when she was five. She was through so many countries as a refugee before she was five she doesn't feel a sense of "I'm from here" anywhere else but the U.S. She didn't start any kind of education until she was 7 or so. Both of her parents have always been hard working and she learned structure and family from living in a 2 bedroom apartment with 10 other people. She graduated college and now works with the Seattle Housing Authority. She described family after family coming to her after trump signed his Muslim ban. They are scared. Some have stories of being isolated, stranded from families. There are stories of tension and prejudice happening. There are also U.S. born citizens living in the community that have come to her expressing concerns that they have Muslim neighbors and do not feel safe around them anymore. Asmeret is a community builder. He goal is to bring this community together.

Today I learned I can take awkward to a whole new level. Upon entering today's event as a volunteer, Maya and I started introducing ourselves. Maya found another kid right away so I left her with them as I continued my introductions. Determined to be friendly and meet people, I met this one woman who's name I couldn't pronounce and can't remember. She was taking care of all the food on the tables. We introduced ourselves to each other and I extended my hand for a handshake and looked her in the eye. She immediately closed her eyes, bowed and grasped her hands together... to which I instinctively awkwardly grabbed both of her hands and proceeded with my handshake. It was brief and at least I didn't do that ridiculous handshake of that trump character but sheesh, i'm an idiot sometimes. Then I met two native Seattle neighbors.

Me: (because I picked up a habit of trying to repeat people's names right after I meet them) "Great. So you're Amanda. Knox."

Me: (breaks awkward silence with awkward laugh) "Well. You know. This is a great community center and neighborhood. The food looks so yummy!" (more awkward laughing) "See you soon!" (Walks away)

Today I learned about one Vietnamese woman's journey to the U.S. as a refugee. Her story was told by one brave 5th grader who is from North Korea. He was very brave sharing her story and he was moved to tears retelling it. He described situations where she learned how to sleep standing because that was the only way to survive. She is now a teacher here in West Seattle. That fifth grader was the most confident fifth grader I've ever seen.

Today I learned that Somalia just elected a new president and it's a pretty big deal. For the first time in a long time, people feel like "he's just a good guy" and is probably the least corrupt Somalian leader in a long time. There is a guarded optimism going on. I also learned what the Somalian national anthem sounds like performed by about 9 Somali women and it was beautiful. They also did a few "U.S.A", "Washington" and "Seattle" cheers too.

Today I learned that there is a community of Somalians that have been here since the 1990s that were refugees. Since then they have raised their kids here and when they think of home they think of the U.S. They think of Seattle. They no longer think of themselves as immigrants even though many of them are "just" green card holders. They were jolted back into a harsh reality that many people in the U.S. do not feel they belong here. The woman talking about it was brought to tears. She was hurt, visibly  hurt that the only home she knows is rejecting her.

Today I learned about Peter. Peter's family immigrated to the U.S. in the 1790s. He has lived in West Seattle for over 30 years in the same neighborhood and has seen it change. Peter has done some genealogy research and shared some stories of his ancestors dying and being treated inhumanely due to discrimination against immigration at that time. Peter was also moved to tears talking about how much he loves his family, Seattle and the current demographics of his neighborhood. He was there because he doesn't want to see it torn apart by bigotry and lack of understanding.

Today I learned about a woman's journey from Singapore. She was a confident, strong, vibrant woman. She shared her story and stated that since Singapore is a big city, the biggest transition she had was learning how to drive on the "wrong" side of the road. She has a daughter and once her and Maya found each other they were inseparable all day. We both agreed this was a good excuse to get a happy hour drink together at some point in time.

Today I shared the story of my Dad coming to the United States from Mexico. I shared a story he used to tell us about him being a young kid, high on top of the hills in Juarez, Mexico looking over at El Paso thinking "Someday I'll be over there." It was the land of dreams and he was going to make his dreams happen no matter what. I shared stories of him being at rock bottom and of his faith in God and himself that led him out. I said if there had been a wall in place, it is very possible I wouldn't be here today. I told the story of when he met my mother and how, because of his sacrifices, I was able to live the privileged life I do today. I shared my story from East Toledo to West Seattle via Columbus and how Maya has changed our lives. When I was finished and my neighbors were smiling and clapping, Maya gave me the biggest hug ever. Later when she and I were just chatting over dinner I asked her what she thought about all those people's stories. Maya: "You're story was awesome Dada." I love that little beast.

Today was a good day. Today was a long day. Today I learned a lot. The most important thing I learned, or reaffirmed really was that we are more alike than we are different. I couldn't tell you how many different languages I heard today. The handful of stories I shared above were only a small sample of the participants today. Do you want to know what we talked about while we ate, did crafts and just mingled together? We talked about food. About our kids being fussy. About school. About the neighborhood. I met some new neighbors and this is just the beginning. I hope to be able to catch a smile and greet some folks by name as we pass each other now. We will do this again and we will learn more. We will dive into deeper subjects and we will help each other. trump's hate will unify us and we will be stronger together.

Today I learned, this is our America. WE shape our future together. 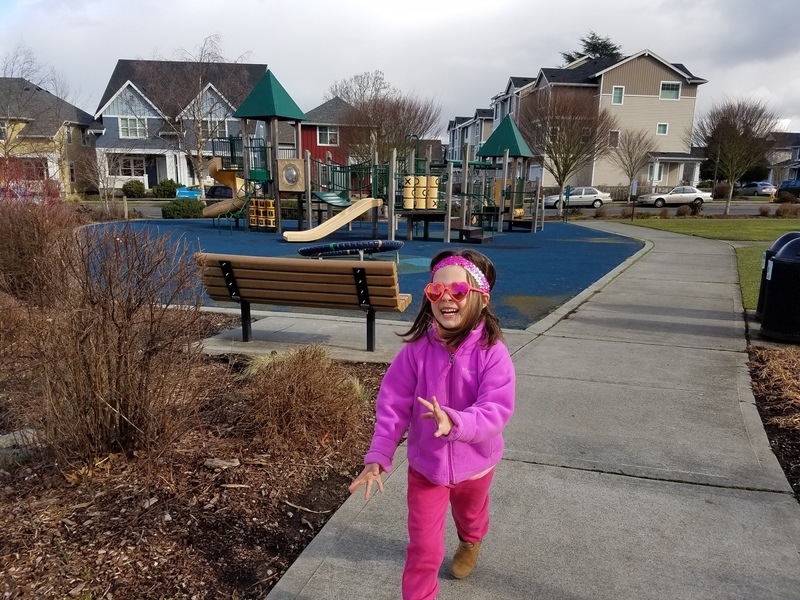